Soil and Water Solutions were commissioned by GO Homes Ltd to implement the remediation of the workshops at the listed former coachworks and showrooms of Henry McMullen, Herford.

A previously completed DQRA process established that the identified contamination on site was localised to the proximity of the former waste oil underground storage tank (UST) and so posed no significant risk to the greater water environment including the highly sensitive Principle Aquifer residing within the chalk beneath the site.

A residual potential risk to future site users may have existed if the soil and groundwater was left untreated via ground gas intrusion from volatilisation of hydrocarbons directly surrounding the former waste oil tank.  Localised contamination of the near surface water was present within the confines of the site in the form of free phase hydrocarbons floating within/on top of the shallow groundwater as well as some dissolved phase.

To remedy this potential risk, Soil and Water Solutions implemented a remediation strategy which included: 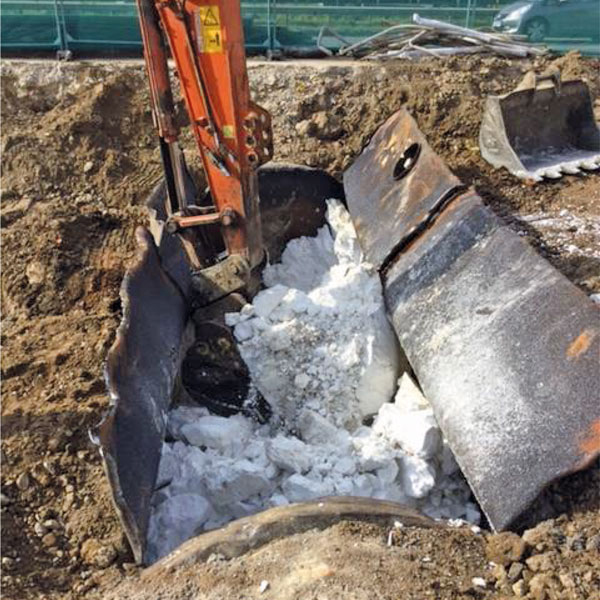 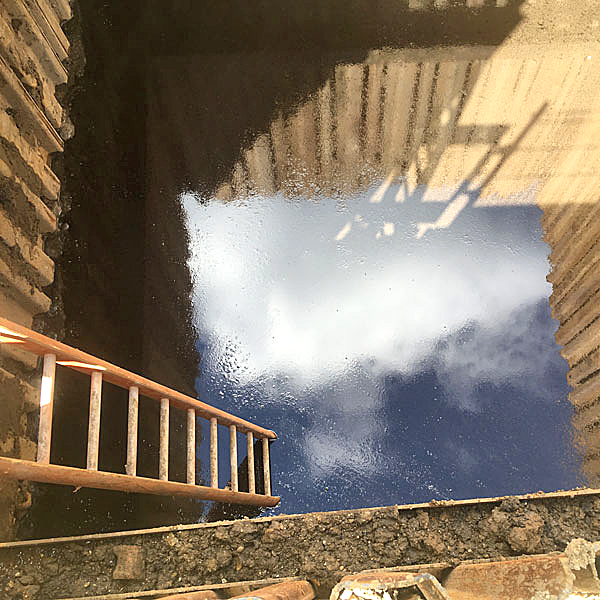 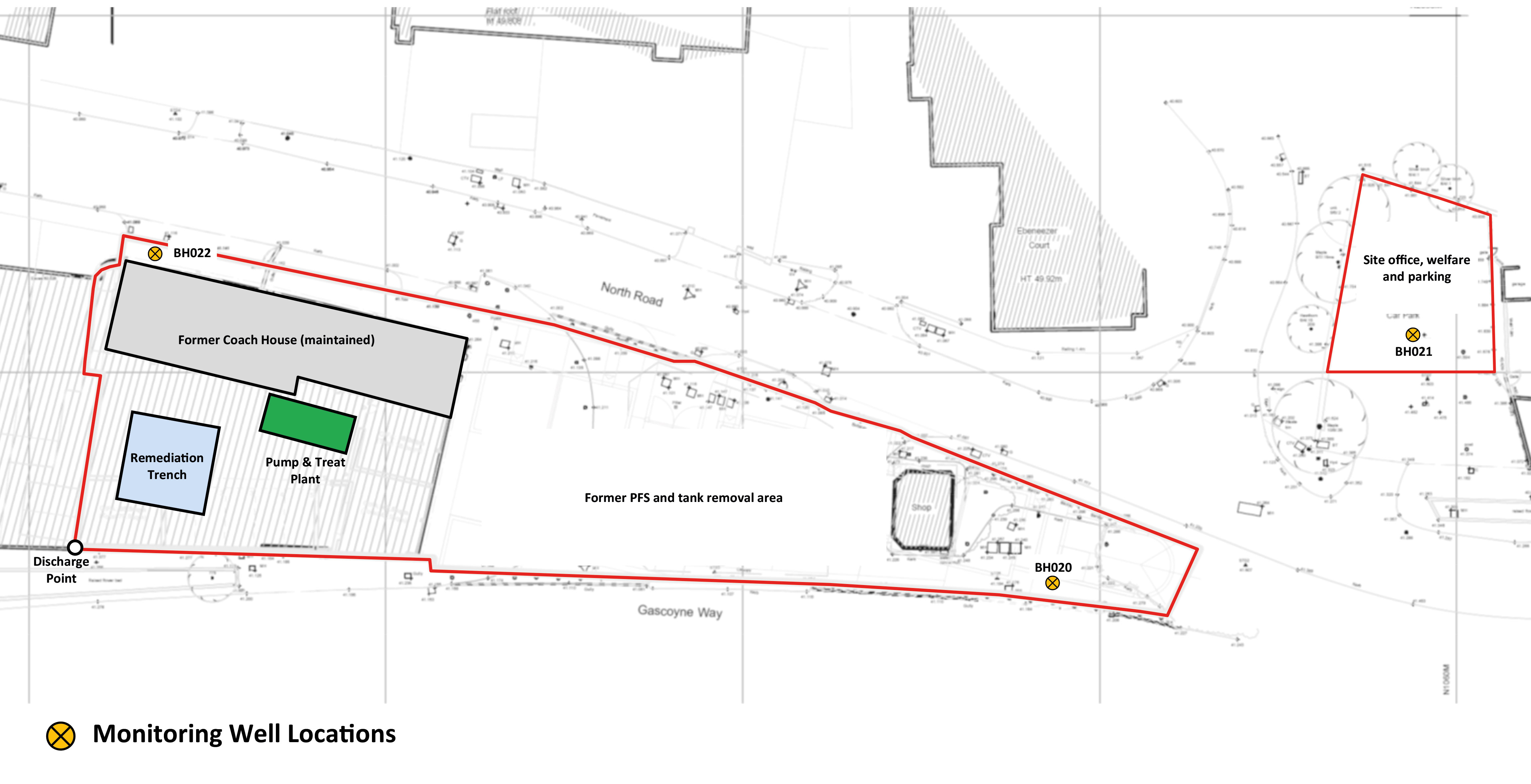